The Girl on The Train – VIA RAIL 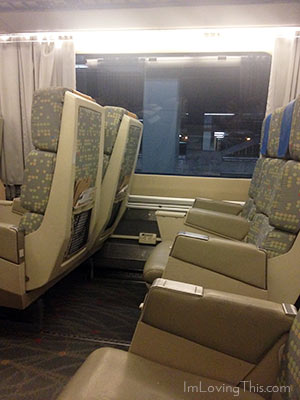 You haven’t heard much from me lately cause I’m currently in Ontario because I wanted to attend a conference for my business. I’m originally from Ontario and decided to stay a little longer to visit my family. So I’m here for 17 days!

I lived in the Montreal area for two years and met one of my best friends while living there. I haven’t seen her in almost 5 years so I decided it would be a great time to go visit her. I looked up ways to get to her. My family lives near a VIA RAIL station so I decided it would be the best way to get there since I didn’t have a car I could borrow.

The trip to get to Montreal from Cobourg started at $54. I didn’t know that the tickets would sell out or that the prices would go up just like plane tickets. By the time I bought my ticket I had to purchase an Economy for $70 to Montreal and an Economy Escape for $81 back to Cobourg. If I had purchased the ticket in advance then I would have saved money, in total my trip cost me $170.63 with taxes.

I caught the train in Cobourg at 10:30 AM and was to arrive in Montreal at 2:30 PM. I took the direct route to Montreal for the trip there and had to take the long way through Ottawa on the way home. On the way back I caught the 4:30 train and arrived at 9:50 PM into Cobourg. If I was traveling again I’d try to stick with the shorter route, but didn’t have the option for the times/dates I wanted to travel.

I took one piece of luggage with me and was able to carry it on. It was a decent size too, bigger than what the airlines allow you to carry on. It weighed 30 kgs, I know this because they weighed it on my way back from Montreal. I was worried they’d make me check my bag, but there were people with larger suitcases than me. There’s spots at the front of each car to put your luggage. You just carry it up the stairs onto the train and take it off with you when you are at your stop.

Unfortunately there were two car 3’s on the train and I was put on the wrong train to start my trip. The one I was sitting on was taking the long way up through Ottawa. They split the train in half near Brockville and one goes up to Ottawa and then down to Montreal and the other half of the train goes straight to Montreal. Luckily the workers on the train just told me to get off a Kingston and switch to the front half of the train. So once I did that I was in the right spot. Either way I was going to end up in Montreal, but I didn’t want to take the long way, and wanted my window seat.

The trains are comfy and roomy. The seats are assigned and much more spacious than the airlines. The seats recline a decent amount, although my seat on the way home didn’t stay reclined so that was annoying. Each seat also has an outlet so you can plug in the your computer or phone. They also have a tray that you can take out of the arm so you can use it as a table at your seat.

The bathrooms were kind of scary to me, the toilets didn’t have a toilet seat to sit on, if that makes sense. I should have taken a picture. Anyways, I tried to refrain from using them. I’m not a fan of airline washrooms either. Funny story, some guy neglected to lock the door on the train when using the toilet and I walked in on him. haha. That was embarrassing.

VIA RAIL is equipped with free Wi-Fi but it doesn’t work very well. It took me about 2 hours to get onto the Wi-Fi for the first have of my trip. On the way home the Wi-Fi didn’t’ really work at all within an hour into my trip. That was disappointing. I heard some people asking about it but the employees didn’t really offer any solution and would say “it was working a few minutes ago”. It would be nice if the internet was reliable especially because I was planning on working during my commute. Instead I just read a book, The Girl on a Train. And no I didn’t plan that, I brought the book with me on my vacation to read on the plane and just so happened to take a train haha. I’m actually really enjoying the book and recommend it if you are looking for a new book to read. 🙂 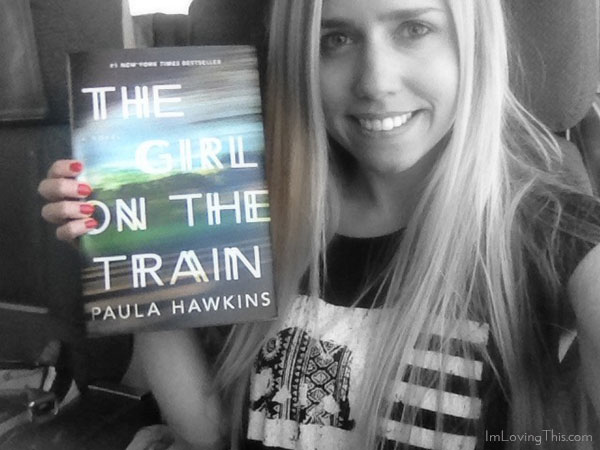 I ate one meal on the train on my entire trip, I purchased a wrap. It was ok, I think it’s comparable to airline food. I didn’t order any food on the way home because it wasn’t worth it since I didn’t really enjoy my wrap. They offer all sorts of choices though, chicken noodle soup, wraps, sandwiches, cheese platters, yogurt, wine, beer, pop etc. So there’s probably something you can find to eat, but I recommend packing some snacks instead. My wrap was $7, a bag of chips is $2. The alcoholic drinks are $7.

There’s wasn’t much scenery to see on my trip going from Cobourg to Montreal. I think a trip out west on the train would be much more scenic and interesting. I’d like to experience that one day in the future.

Overall my experience on the VIA RAIL was good, minus the spotty Wi-Fi. I would recommend it as an convenient way to get between Toronto and Montreal or other locations around Canada. Just make sure to get your tickets ahead of time if possible so you can get the best rate. 🙂

Have you ever taken the VIA RAIL? Where did you go?